This is not yet a finished project intended as instructions but only a means to share progress on the project.

If you attempt to follow any of this, you do it at your own risk. 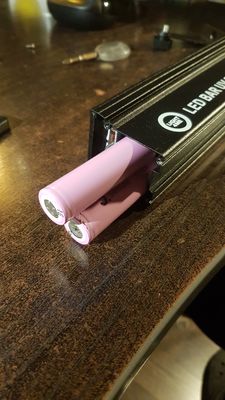 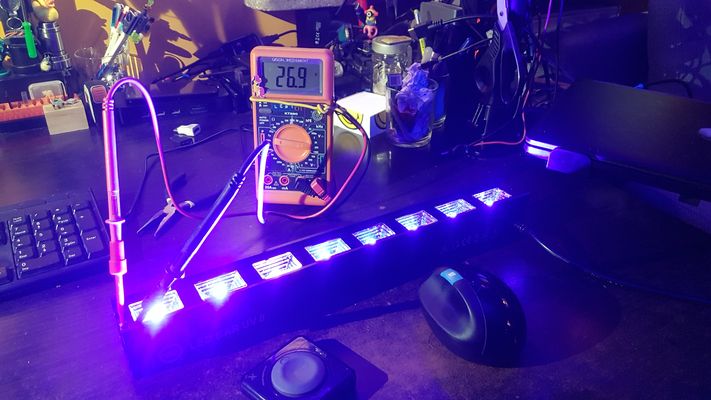 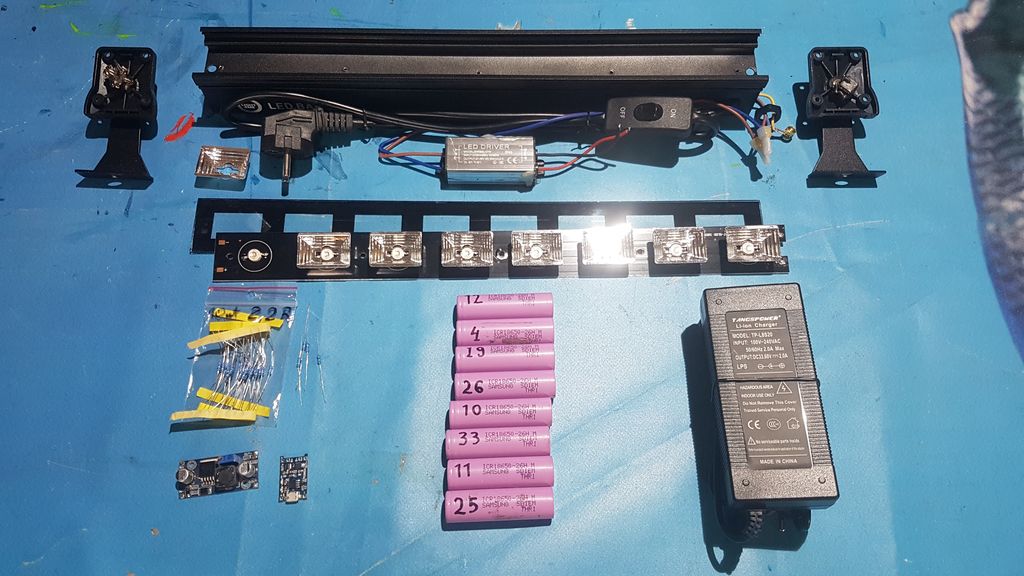 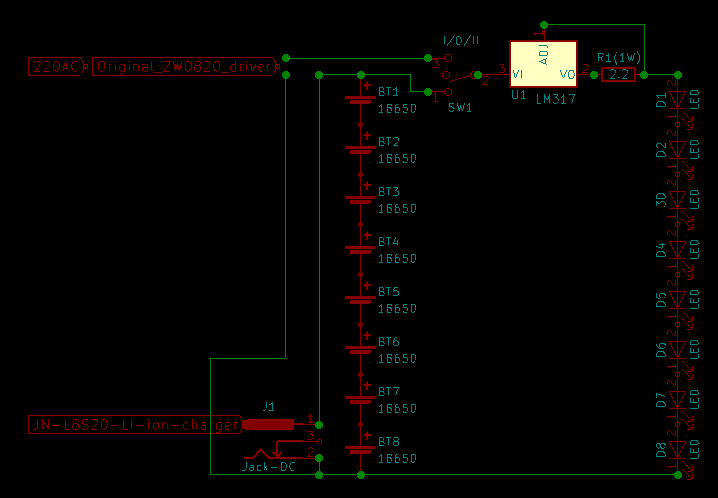 I have just started learning electronics, and my knowledge is very basic.

A friend of mine performs POI with POI-tails that are neon-yellow. The thing is made to shine in UV light. Some AC mains LED bars I have, revealed a lot of space inside the casing profile - more than enough to house 8 18650 cells.
The LEDs have a “PowerLed” package soldered in-series upon a pcb with no other elements, but most likely have some resistor inside the package, as multimeter LED tester does not show anything when testing a single LED.

Remembering next-to-nothing about Electrical Circuits, I started designing a circuit, that would: - Power the LEDs from cells - Allow charging the cells without taking them out - If possible leave the original charger with mains connection


First I considered two solutions: - LEDs and cells in parallel

- I have a TP4056 03962A Lithium Battery Charger with protection module

- Initially I thought that would be crazy to put 8 of these inside - Also wiring LEDs in parallel would if I understand correctly require to put at least 40 cm * 8 = 3.2 m of thick wire - that might be difficult.

- A friend informed me to the fact, that I could use an external 33.6V charger which seemed to be easier. - And also that I could use LM317 to regulate current out of the cells to LED's - I decided to use a I/0/II switch and an IEC cord socket with the original LED driver if possible.

Emeryth suggested: - to learn more about li-ion cells before I use un-protected or multiple cells - to put some protection between cells and the cell charger - to use a DC-DC converter instead of LM317 that produces too much heat - to rethink if I need all LEDs in-series

- Research Emeryth's suggestions
- Find a solution to connecting the cells