A Chinese company called MYiR has recently released two very cheap Xilinx Zynq 7010/20-based boards called Z-turn. A few hackers from the Warsaw Hackerspace and around the world decided to acquire them and start working on some fun projects. This page outlines what efforts have been made thus far, and what are the plans for the future. 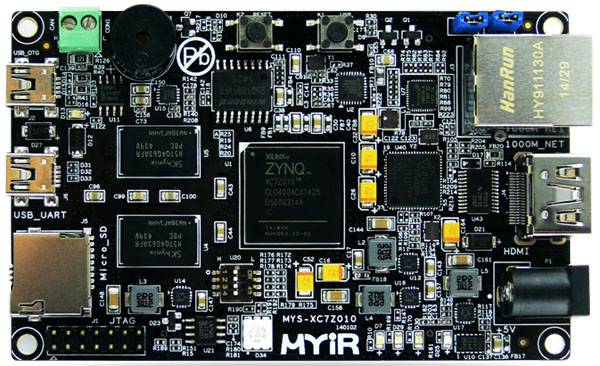 It's about $110 shipped to the EU. Apart from the specs from the manufacturers site, there are a few things to note:

q3k is working on the Hello, World! from scratch tutorial. This allows to continue with Adam Taylor's MicroZed chronicles tutorial without having to use the MYiR project files.

Join the IRC channel ##zynq on freenode.org or use a web client